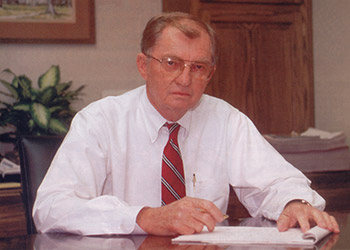 Enabling the success of the agricultural sector was a vision of JC Whitehurst, Jr. and is one of Coastal AgroBusiness’ primary goals. One step toward achieving this goal is to invest in those with the capacity for advancing agriculture. The JC Whitehurst, Jr. Agricultural Scholarship is established to recruit and reward qualified students pursuing a degree in the College of Agriculture and Life Sciences at NC State University. It is expected that graduates will enter careers in the agricultural or agribusiness profession impacting North Carolina, South Carolina, and/or Virginia.

Coastal AgroBusiness, Inc. has established this scholarship in memory of JC Whitehurst, Jr. as a tribute to his lasting impact on North Carolina agriculture. He was a true pioneer in NC agribusiness, and contributed significantly to an industry which has brought much prosperity to North Carolina. 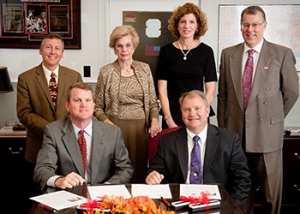 Created in 2013, the JC Whitehurst, Jr. Agricultural Scholarship provides merit-based awards to undergraduate students enrolled in the College of Agriculture and Life Sciences (CALS) at North Carolina State University and pursuing a degree in areas related to agriculture. Each year, two students are selected for an annual award of $5,000 each. The award is for one academic year. Recipients may reapply for the scholarship in subsequent years. Eligible applicants must be a resident of North Carolina, South Carolina or Virginia and must have a minimum GPA of 3.0. It is desirable that the recipients seek careers in an agricultural or agribusiness profession impacting North Carolina, South Carolina, and/or Virginia.

The CALS Scholarship and Awards Committee reviews all eligible applications and selects the recipients of this scholarship. Interested applicants may obtain more information about application procedures from the College of Agriculture and Life Sciences Financial Resources website.

Contributions to this scholarship fund are welcomed, and interested donors may contribute here.

JC Whitehurst, Jr., born in 1928, grew up on a family farm near Ayden, NC, where he first developed a passion for farming. After graduating from Ayden High School and Randolph Macon Academy, JC earned a degree in agronomy from NC State University. In 1951, he began a career in agribusiness, and in 1953, he founded Coastal AgroBusiness, Inc., originally named Coastal Chemical Corp., and served as president and CEO until 1997. He continued to serve as Chairman until he passed away in April 2013.

JC started Coastal with an opportunity to sell one product, and over the years with the assistance of many talented people, the company grew to be a full-service provider of crop production services, products and equipment, covering three states. His significant contributions to agriculture can be attributed to several strengths – getting to know customers and understanding their needs, empowering skilled professionals to solve the crop production problems of Coastal’s customer base, and gaining the trust of both customers and suppliers by conducting business with integrity.

As well as founding Coastal AgroBusiness, JC continued to enjoy his farming interests, particularly in his later years, through his farming operation in Jones and Craven Counties. 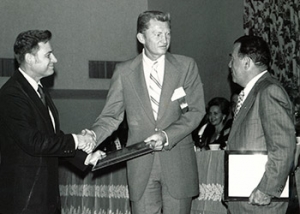 JC believed that taking an active role in agricultural associations was important for promoting the interests of agriculture in the Southeast and staying informed of innovations in farming methods. He was one of the founding members of the Crop Protection Association of NC and served as its first president in 1972. He was an active member of the Carolina-Virginia Pesticide Formulation Association and served as president in 1964. The organization later evolved into the Southern Crop Production Association, for which he served on the Board of Directors. He also served on the Board of the NC Agribusiness Council. And on a national level, in 1975 he served on the Board of the National Agricultural Chemical Association, now CropLife America, and on its Executive Committee for four years.

In addition to his agricultural interests, JC contributed to the life of his community. In 1966, he was appointed to the Regional Board of Wachovia Bank and served until his retirement in 1999. A lifelong Methodist, JC was a member of Jarvis Memorial United Methodist Church, where he served on the Administrative Board and as Chairman of the Board of Trustees. He was a member of the Rotary Club, and he served as president of the Greenville Country Club, where he was an avid golfer.

As a graduate of NC State University, he was an ardent supporter of the NCSU Wolfpack Club, and enjoyed pulling for the Wolfpack at NC State football and basketball games.

Given his love for both NC State and his profession in agriculture, it is fitting to remember his legacy through this Agricultural Scholarship.