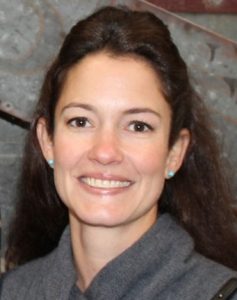 Ginny Barnes, Coastal AgroBusiness Solutions Advisor, has been honored as recipient of the Distinguished Woman in Southern Agriculture Award announced at the Southern Crop Production Association (SCPA) Virtual Annual Meeting on November 3, 2020.  This award recognizes a leading woman who has made significant contributions to agriculture in the Southern United States.

Ginny is a role-model and leader in the agriculture industry.  When Ginny joined Coastal AgroBusiness less than four years ago, she brought extensive knowledge and experience working with grain crops. Ginny is a major contributor in educating the Coastal AgroBusiness sales team on new technologies, traits and germ plasm.  She continuously studies the latest trends and research in agriculture, bringing the best ideas and profitable solutions to growers.  For example, as her clients have been battling herbicide resistant weeds, Ginny has developed programs for her area utilizing residual herbicides and rotating modes of action.  She has also helped growers navigate through insecticide and fungicide resistance using multiple modes of action.

Prior to joining Coastal AgroBusiness, Ginny was an account manager with DuPont Pioneer in eastern Virginia for thirteen years.  While at DuPont Pioneer, her territory led in corn and soybean market share in the southeastern US. She served as an extension agent for Northumberland and Lancaster counties in Virginia from 2000 to 2004. Ginny worked with Zeneca Ag from 1994 to 1997 as a technical sales associate in the area north of the James River in Virginia.

Ginny holds a BS and MS in Crop and Soil Environmental Science from Virginia Tech and a BS in Biology from Mary Baldwin University.

Ginny currently serves on the Virginia Grain Producers Association Board, and is appointed by the Virginia governor to the Virginia Corn Board. She has also served on the Northern Neck Virginia Soil and Water Conservation Board. Ginny lives in Kilmarnock, Virginia with her husband Brian and two children, Nathaniel and Rachel.

The association’s 66th Annual Meeting was held virtually this year on November 3rd. During the meeting’s business session, SCPA announced its 2020 award winners.

A newly created award established only two years ago, The Distinguished Woman In Southern Agriculture Award was set up to recognize a leading woman who has made a significant contribution to Southern Agriculture. It is awarded to a woman who is an acknowledged trendsetter, role model and positive contributor to the overall positive image of the industry and/or a leading driver of innovation throughout the Southern United States.

The recipient of the award should have accomplishments that span 7 plus years at a minimum. The recipient can be at any level in their organization, but their accomplishments should demonstrate leadership and success that has benefited southern agriculture throughout their career.

Through Ginny’s experiences and reputation, she has the trust of her clients and customers. She is also regarded as a leader by the industry. Ginny focuses on the big picture and is always bringing new products, practices and ideas to her customers. She is constantly studying new developments in the pipeline. She takes that information and consultatively educates the grower.